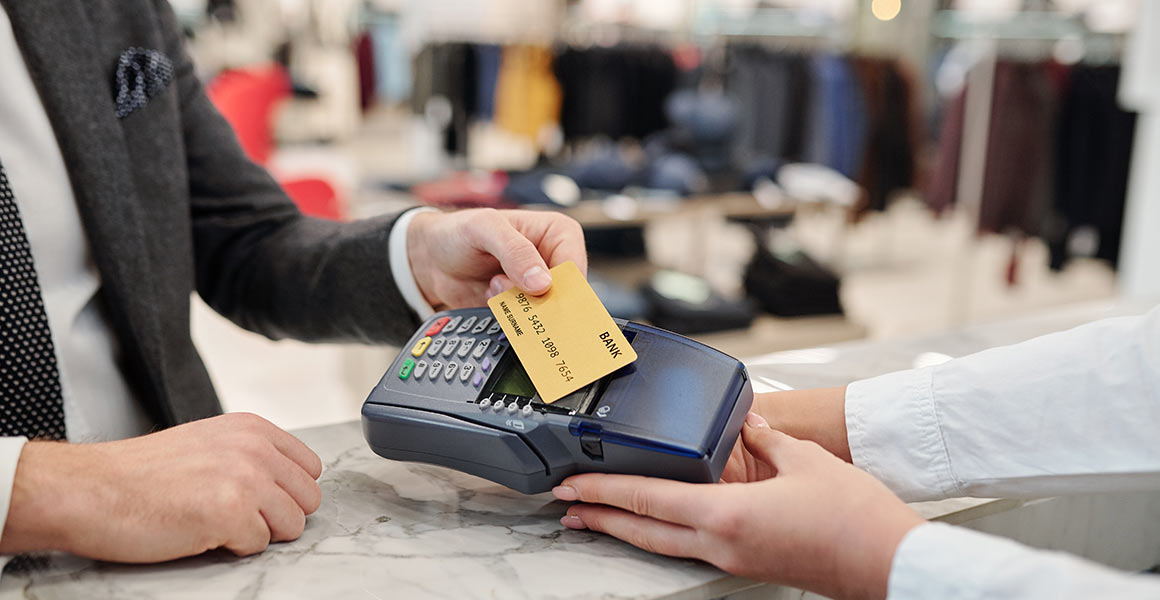 What Are Contactless Debit Cards & How Do They Work? 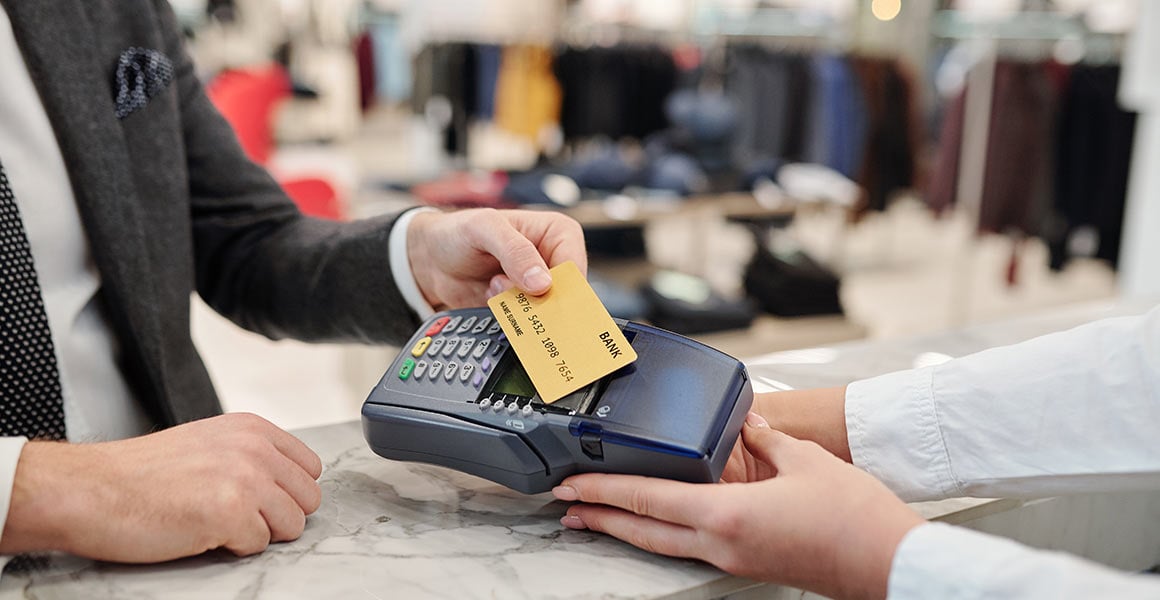 One of the challenges of using cash or cards today is the contact. Safety is a big concern with the global pandemic and remains an issue even after vaccinations have spread out.

The good news is that there is a solution that the US has recently embraced. Contactless debit cards have been available in several countries and have now increased adoption here.

With the need to put more safety measures in place, it is an option you can take. Here’s a bit more about them and why you should make the switch.

A Brief History of Contactless Payments

The concept of contactless payments began in the 1990s, but it had no widespread implementation until decades later. Seoul was the first to adopt it on a massive scale, launching the UPass for public transportation.

In 2011, both Google and Apple introduced NFC (Near-Field Communication).

The US was one of the slowest to adopt, with many buyers still opting to use cash. However, the outlook on going contactless changed significantly during the Covid pandemic.

How Does a Contactless Card Work?

Contactless cards are possible because of RFID technology. RFID stands for radio-frequency identification, and it’s a form of technology we use for:

The use of radio waves is the reason information can travel without the need for a wire. While it may seem risky, these radio waves don’t project information about your bank account.

Instead, they seed a unique code that a merchant can access so that they can interpret it as a transaction using your account. The information that travels comes encrypted, making it extremely difficult for thieves.

This code changes every time, with each transaction having a unique code.

It’s nearly impossible to decode a contactless payment because of the complex algorithm that protects it.

You often encounter this form of wireless technology, but may not be aware. It is present in devices like:

You’ll find that contactless cards come with an EMV chip. When you hold your card to a reader, it authenticates your information and sends transaction data to your provider.

Your provider then analyzes the transaction before approving it. It may seem like a lot of steps, but everything happens in the span of a few seconds.

Not all stores have contactless readers, so the standard information is still available. They also still come with magnetic strips if necessary.

Contactless cards work the same way as mobile wallets on your phone. They use similar technology.

The Benefits of Going Contactless

Transactions with a contactless debit card happen much faster. A simple tap and go takes less than a second, making the entire process seamless.

A concern that many have with this technology is that it may be prone to theft or fraud. The truth is that these types of transactions are very secure because of the system behind them.

Other parties are unable to duplicate and use a similar code after a transaction.

The only way to read that code is through the processing network. It makes it safer than magnetic strips which can be duplicated.

Through the unique code method, a card owner can’t tap twice. It’s an added safety precaution compared to older methods, where you can accidentally pay for something twice.

With that said, there is still a risk for criminals being able to skim cards. However, they’ll need to be very close to read your data.

You can also dispute any fraudulent transactions with banks, so you get your money back. If you feel that someone stole your card information, you can acquire a new one and deactivate the other.

Since providers and banks are liable for any fraud in their system, they will comply with your request.

Where Can I Use My Contactless Card?

You can use contactless cards in any shops that have implemented the technology. These include:

Public transportation is also one way you can use a contactless card. Some buses and taxis have contactless readers, and a simple tap will pay your fare.

A contactless card is very flexible and removes the need to have cash on hand. You can go to stores you frequent and use the card without having to go to an ATM.

Aside from these, you can still use your contactless card for online transactions. It works like non-contactless cards, where you’ll have to input your card information.

If you’re traveling abroad, you’ll find that many countries already have contactless transactions. It is popular in Australia, Europe, and Canada.

For other areas, you’ll have to research to see if contactless is available there. It may not be as widely utilized in certain countries.

To use a contactless card, you’ll have to look for its symbol on it. It is four curved lines that look like a WIFI symbol turned sideways.

That symbol is the area you’ll want to aim for when holding the card to a payment terminal. If you’re transacting, face the card about one to two inches from the screen.

You’ll hear a beep, or it will light up, indicating a completed transaction.

Getting a Contactless Card

To get a contactless debit card, you’ll have to go to your bank or contact them by phone. Card applications may also be available through your banking app.

Once you contact them, ask them if they are offering a contactless card option. You’ll need to apply for a new card or have your current one replaced.

The application can take a day or more, depending on your bank. Most banks can have the card ready within a day.

Is there a transaction limit when Using a Contactless Card?

Most cards come with limits depending on your bank and country. Some merchants have limits as precautions to avoid fraudulent transactions.

If you want to make large transactions with your card, you have to confirm the limit it has with your bank. Some banks may require signatures before approval.

The Challenges of a Contactless Card

While having a contactless card provides extra security as you’re not holding cash, there is still some risk. We can see a change in behavior as people may start stealing cards so they can transact.

Since there is no PIN or signature required, someone else can use it.

The good news is that you challenge any transaction. You can also call your provider to deactivate the card in the event of a theft.

Another issue some people may face is adoption. Many stores have yet to integrate contactless payment.

It will become widespread soon enough. However, you need to understand, contactless payment readers may not always be available.

Why You Should Go Contactless

Aside from the added security, there are many reasons why you should make the switch to a contactless card. Here are some of them:

The Future of Contactless Technology

One development that is happening with contactless technology is through identification cards. By implementing the technology with identification, one can verify themselves as a member of a country or company with a simple tap.

Several government entities use this technology, such as the US Department of Defense. Widespread implementation of this would be to apply this technology to citizens.

With biometrics, a card can provide another layer of authentication to protect against fraud. It also provides the user with privacy as they share no personal details but only use the card.

People won’t have to carry documents like birth certificates or anything that pertains to their identity.

The cards would be enough.

Malaysia is one country that has begun using this technology for all its citizens. Personal information is accessible through using designated readers.

It allows them to check if the card's owner is a citizen or a non-citizen resident.

The expectation is that contactless technology will further improve in the coming years. There is still a failure rate, one that will lessen over time.

There is also an ongoing issue when a reader detects two cards and rejects them both. In other cases, they charge an incorrect card.

It is the reason most readers only have short proximity for detection. It is so they don’t mistakenly transact with other cards during a transaction.

The EMV Chip and More

Most contactless debit cards work today because of the EMV chip. The chip is responsible for communicating with a terminal through RFID.

However, there are several ways this could change in the future. For example, Apple uses a smart card integrated with a hardware device.

In this case, they’re using the iPhone, which essentially becomes the mobile wallet. It acts the same way as a debit card.

Options for transactions are also becoming more varied as developments happen across the world. Now people make transactions in different currencies as their provider automatically converts the money to the country’s currency.

Another development we may see is the adoption of cryptocurrency, which is slowly gaining popularity in several parts of the world. Companies like Visa are now creating cards that can link to crypto wallets.

If this becomes widespread, we can see the rise of contactless debit cards that not only integrate your savings account, but also other digital assets.

Even before the pandemic, contactless cards were getting adoption for convenience and security. The concerns for safety against viruses became a catalyst that drove adoption much faster than anticipated.

With most of the world having contactless cards, it’s only a matter of time before it becomes completely universal.

121 Financial Credit Union has now integrated contactless debit cards that have EMV chips. We offer a contactless card option that links to your account with the credit union.

You can also get more favorable rates and terms compared to other institutions. Contact us today and get your contactless debit card.

Tags: Credit Cards
Back to Blog

Are Credit Card Rewards Worth It? The Pros and Cons

Lenders like banks and financial institutions often offer rewards with their credit cards. They...
Read More